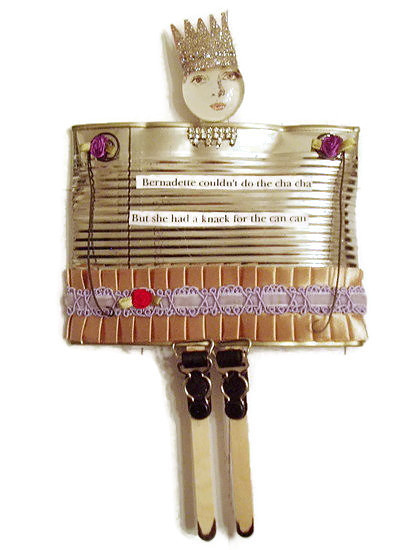 I don’t know why these can dolls sell!  I am sure we have sold at least 100 of them at Sunrose Gallery here in Seaside, Oregon through the years.  I used to get a call from Cathy, the owner “I need more can dolls”  and I would make 18 of them in a day mass production style.

The first doll was Bernadette which I made for a Trash Art Show in 2005 called Cracked Pots in Portland, Oregon.  I worked so hard on the inventory and a fabulous display.  A gal walked up to my spot and spied Bernadette the first five minutes of the show.  She took a moment to read the saying and lifted it off the hanger. “I’ll take that.”  I only had one more sale that whole day.  Thank goodness for Bernadette and her whimsical saying:  “Bernadette couldn’t do the cha cha, but she had a knack for the can-can.”

These sayings have been good sellers through the years on the can dolls decorated with vintage garter findings and snippets of trims with ribbon rose and wire arms. 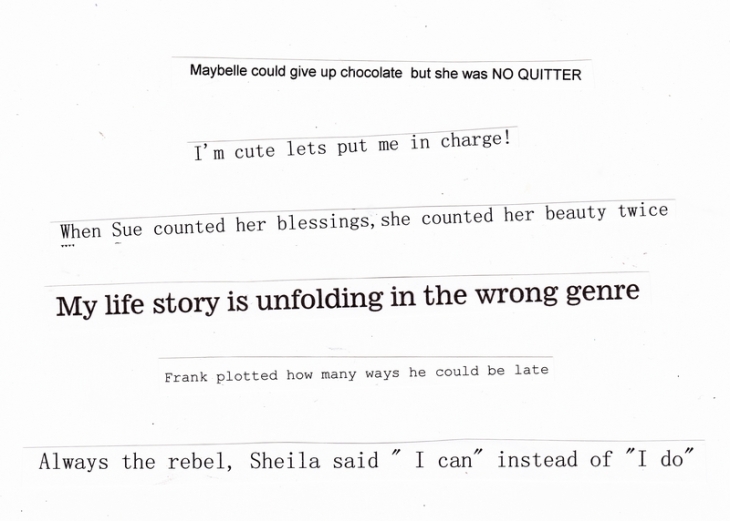 Sheila was dressed with a lacy wedding veil with a play on words since she is a can. For the last few years I have only been making the best sellers which are Bernadette and “Dire Warning.”  Cathy saves her tomato cans for me with the bright yellow label. 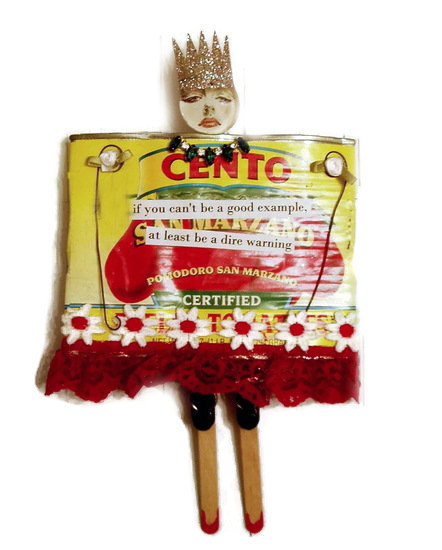 I have always wondered if Bernadette sold for folks to give to someone named Bernadette!  Anyway these dolls have been fun to decorate and come up with silly sayings that make folks giggle in my corner of Sunrose Gallery.

You can make your own version, just save the next can!