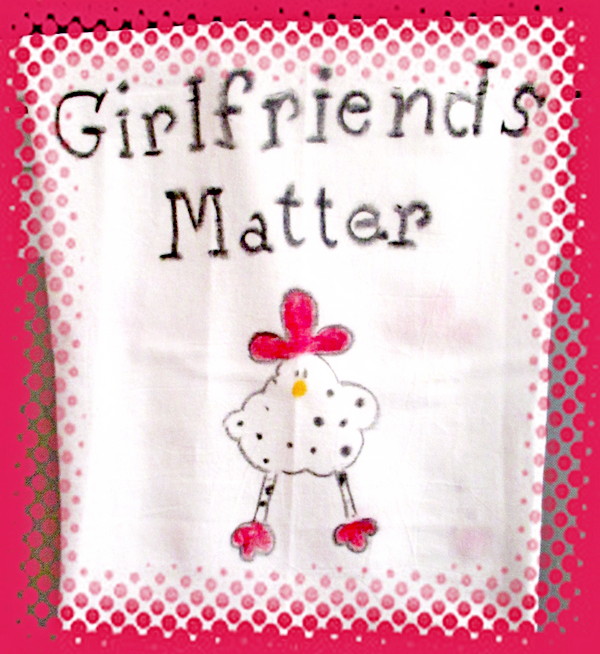 I picked up a box of Pentel Arts Fabric Fun Dye Sticks at a garage sale that didn’t look like they had even been used.   A few days later I found a good deal on a package of 5 flour sack towels and decided to see if the Dye Sticks worked. 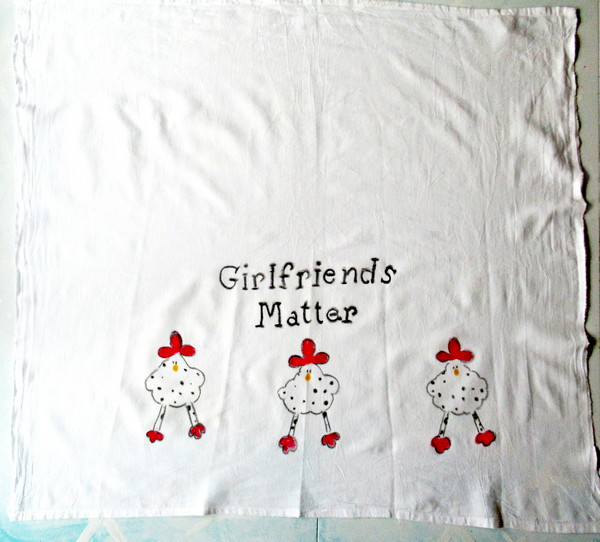 It was really fun to make this whimsical flour sack towel with silly chickens and a phrase I collected recently. 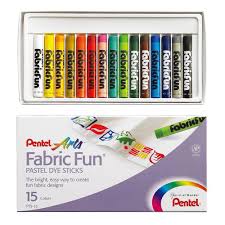 The dye sticks have a richness and cover the fabric a lot better than a crayon would.  I love the color selection because the bright colors really pop. 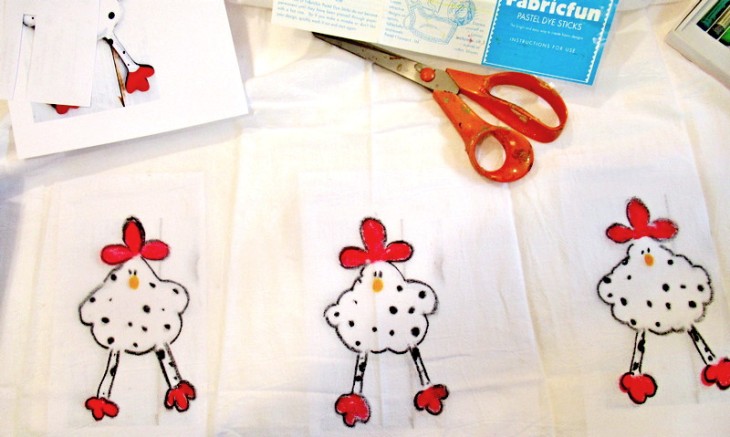 I used a paper pattern that had double stick tape so it didn’t move under the fabric.  Simply draw the image being careful not to smudge the dye stick.  I worked from left to right finishing each bird completely before moving on to the next one. 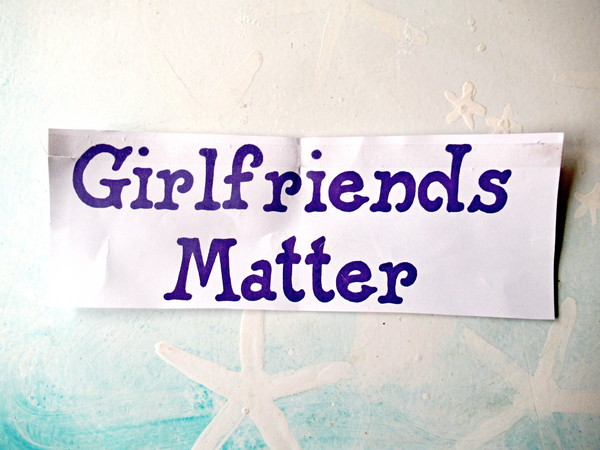 I printed out “girlfriends matter” in large font and used double stick tape to hold it in place for me to trace over. 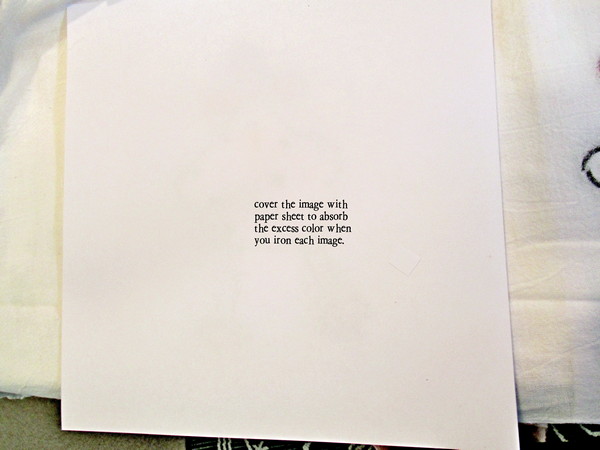 After all the images are traced to the front of the towel , use a hot iron to set the dye stick.  Cover the image with a piece of paper and hold a hot iron for 30 seconds.  I used a fresh piece of paper for each image so the excess dye wouldn’t be transfered to the flour sack towel. 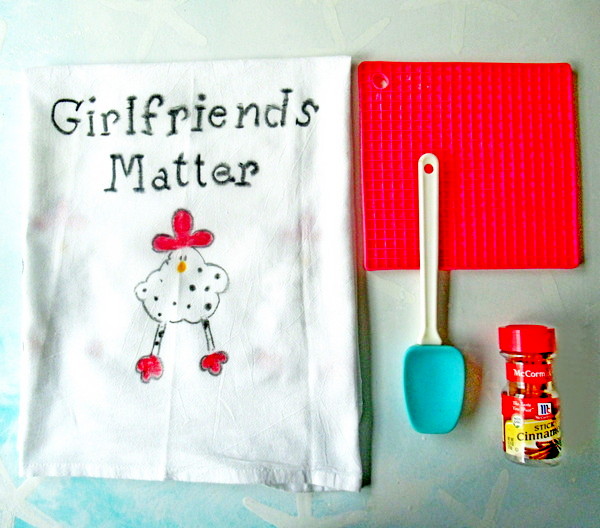 I think it turned out so sweet and whimsical!  I have four more towels and it will be fun to think up more themes!